The Muppets have Nothing on Nate's Puppets

The entries into the DayGlo show don't have to just be paintings - Waterloo Arts lets the artists create whatever they can dream up using fluorescent paint. Nate's DayGlo puppet, The Cheshire Cat, gets its inspiration from Tide Orange and Halloween (what a combo!). His 3rd eye is ready to watch you, watching him, as he haunts your dreams. Learning more about Nate's creative process was interesting and eye opening (you see what we did there?). Puppets aren't just for kids, as he explains below.

Tell us a little about yourself – who you are, what you do, etc!

I am Nate Puppets. Im an artist who makes funky ass puppets ,cartoons and sometimes dolls. Also satirist and an aspiring surrealist.

What inspired you initially to create art?

That's a hard question, I've always made some kind of art, constantly drawing or creating something. I got into puppets from watching 90s Nickelodeon show's like Allegra's Window and Eureeka's Castle, when you look at those puppets they just look so cool, I just think to myself "wow! How could you not want to do.that? My cartoons are more based on the cartoons and comics from the mid 20th century, the 90s (So nostalgic) and the old undergrounds. Something about these new and seemingly unlimited ideas of that time always fascinates me. "Like whoa, they never did that before this, this was new and groundbreaking!" I love the thought of this doesn't exist, I want this to exist, I want to see this thing that I have never seen before, but Im the only one who's seen it

What is your favorite piece you’ve ever made?

EVER!?!?! It's so hard to choose 😂😂😂😂😂 it's probably between my Lion who's based on my first puppet I played with, but then there's Tubby.... My Sandwich boy who can talk through the sandwich in his mouth. I've never seen anything like him in puppet form, Im pretty proud of myself for it. Then again..... I'm making a Bootleg Bart that Im excited about so, we'll see 😂😂 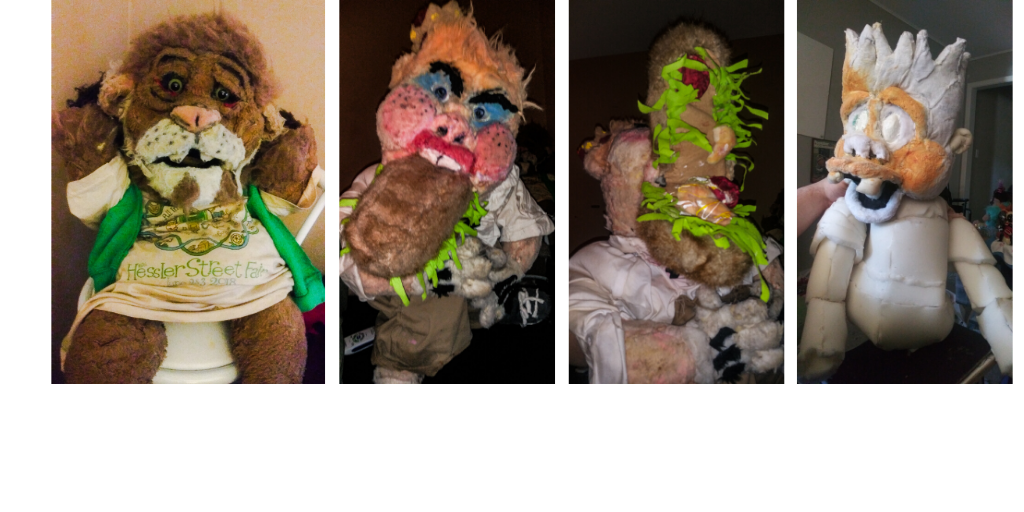 What do you like most about working with DayGlo paint?

The COLORS!!! The Pretty colors 😎

All my puppets start with white fabric, it's usually fur but Im out of it after this cat, and I accidentally bought six yards of velboa instead (S.O.S!!!) luckily I had enough to finish. The puppet is so vibrant, but sadly i haven't had a chance to check him out under a black light yet due to the pandemic, but I know that it's gonna look amazing when I finally do! 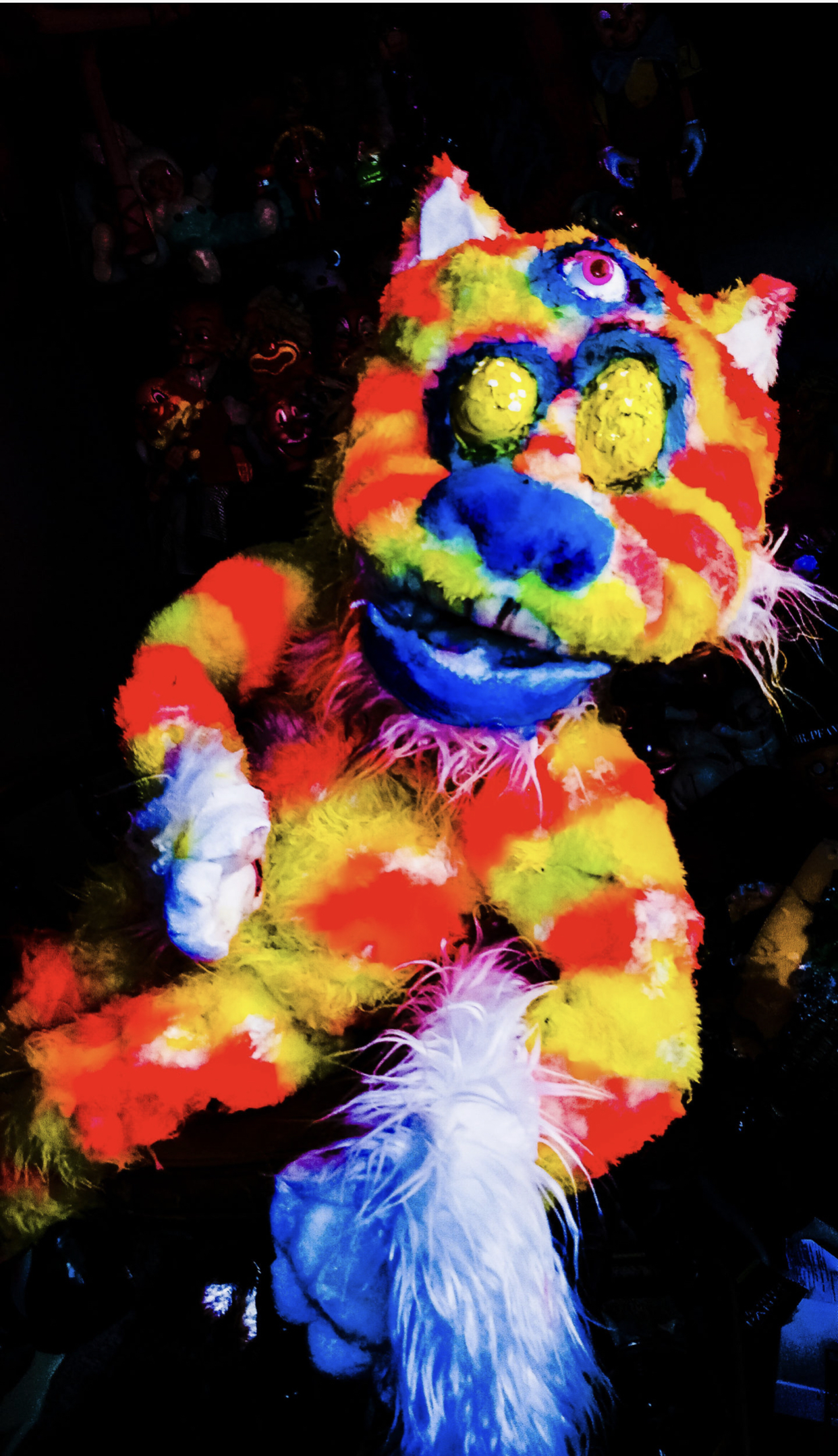 Any words of wisdom for any aspiring artists out there?

Don't worry about everyone else, be true to yourself when you create. This is your voice and what you have to say using it. What do you have to say? Why? What does it mean? Does it mean that, does it have to mean that? Do I like it, do I wanna run with it? Let's make something that no one has made before, and of they did lets make our own spin, or let's make one based on it! There's so much out there for inspiration now, pictures and videos, historical documents all the movies whenever, information and ideas at the click of a button, it's a good time to make art 😀